10 of The Best Sustainable Breweries in the U.S.

Leaves changing and temperatures falling are harbingers of the best season in the U.S.: Beer Season. Although Munich’s Oktoberfest will look a little different this year, breweries across the United States are honoring the holiday by brewing up the good stuff. Whether you’re decked out in lederhosen or lounging on the couch, you can celebrate the way the season’s intended: with a tall beer. In the spirit of the holiday, we want to toast some of the craft beer industry’s best breweries and highlight the steps they’ve taken towards sustainability. If they’ve tapped into their creative juices for innovative green technology, or they’ve just tapped a few kegs, it’s the time of year to raise a glass – Prost! – to the brewers out there.

Around the time they opened in 2011, a farmer knocked on their door holding strange green stalks. The founders of Hardywood, Eric McKay and Patrick Murtaugh, didn’t know who this guy was or what he was holding, but they were curious. So they let him in, tasted the farmer’s fresh Hawaiin Baby Ginger, and decided to make a beer. That farmer was Bill Cox of Casselmonte Farms, and when the folks in the brewery added honey from the bees at Bearer Farms and a whole bunch of spices, they produced the award-winning Gingerbread Stout. People flock to Hardywood Park Craft Brewery’s taprooms for their world famous beer. Their work with local farmers keeps the energy used in shipping low, and all the power to keep the lights on and brew beers like the Farmhouse Pumpkin Ale comes from 100% renewable sources. So you can tip a pint back, watch the leaves fall, and enjoy the changing weather without worrying about climate change.

There’s always something bubbling away at Uinta Brewing Co., but it wasn’t always that way. The country’s 38th biggest craft brewery started in 1993 in a vacant mechanic shop. When founder, Will Hamhill, graduated from his bathroom homebrew rig to a 15 barrel brewhouse, people were still dropping their cars off to be serviced. After building a 26,000 square foot brewery, Uinta became the first business in Utah to get its energy from 100% renewable sources, and since then they’ve only grown more green. By recapturing heat from the brewing process, donating spent grains to farmers, and filtering their beer through a centrifuge, they’re ensuring their award winning beer is brewed as efficiently as possible. Uinta’s crushable Fest German Lager is one of the perfect ways to celebrate Oktoberfest, whether you’re rocking in a hammock or halfway up one of the Uinta Mountains.

There aren’t any roads in or out of Juneau, Alaska, but there’s plenty of award-winning beer. Founded by people with a passion for their home, Alaskan Brewing Co. uses local ingredients and glacier water so every pint, bottle, and pour tastes like the 49th state. Founded in 1986 they are true pioneers of the craft beer industry, and they tapped into the beer culture of the original Alaskan pioneers by adopting a Gold Rush Era beer recipe to produce their iconic Alaskan Amber. The team at Alaskan Brewing continued to explore the unknown when they became the first craft brewery to reclaim CO2 from the brewing process and cut energy costs with a filter mash press. They invented a furnace so that spent grain from the brewing process can be burned to dry more grain. That’s right, at Alaskan Brewing Co. they’re brewing beer by harnessing the power of beer.

Founded in a suburban strip mall and brewing some of the best beers in the world, Arizona Wilderness Brewing Co. does things differently than most craft breweries. Creating beers with foraged ingredients, second use grapes, and leftover citrus peels are just some of the ways Arizona Wilderness brews sustainably. The malt and barley used to make their award-winning beer is grown by local farmers taking the opportunity to grow water-conserving plants and malted in Arizona. The local beef in their kitchen is raised without hormones eating organic Arizona pastures as nature intended. At Arizona Wilderness Brewing, sustainability is all about education. That’s why their OktoberForest Märzen German Lager raises money for The Nature Conservancy to plant trees and promotes awareness for Arizonians about how they get their water. Because water is an important resource. As founder Jon Buford says, “No water means no beer!”

Relaxing on the shady porch of Legal Remedy Brewing Co. you might not even know that overhead solar panels are helping power the operation that produced the beer in front of you. Not only that, but the farm that raised the pulled pork sandwich on your plate might have eaten the spent grains the brewery donates to nearby farmers. The kitchen at Legal Remedy works with The Catawba Farm and Food Coalition to source food as locally as possible. Executive Chef, Mike Ramsay, is so committed to fresh food, he doesn’t even have a freezer in his kitchen. They aren’t just worried about freshness for their food menu, Legal Remedy Brewing uses local grains whenever possible in their custom-built brewing space built into an old car dealership. Not bad for a company founded by a bunch of homebrewers who finally decided to go legit.

The fishermen, surfers, and ocean enthusiasts at SaltWater Brewery didn’t settle for just spearheading the craft beer industry in Delray Beach, Florida. They wanted to be leaders of sustainability too, so they developed six-pack rings that feed animals instead of hurting them. The eco-rings are constructed from the leftover barley and wheat of the brewing process, so they are 100% compostable as well as completely edible. Other than keeping marine-life safe, SaltWater Brewery tapped into their creativity for their core beers like the Screamin’ Reels IPA and Sea Cow Milk Stout. Portions of sales from these South Florida favorites go directly to supporting oceanic conservation organizations like The Surfrider Association and Loggerhead MarineLife Center.

Surrounded on all sides by their own farm, Jester King Brewery works with nature to produce some of the finest beer in the country. Creating authentic farmhouse ales takes a ton of patience (and a farmhouse), but luckily the team at Jester King Brewery has both. Fermented with natural yeast from the air or growing wild on their farm, and brewed with mineral water from their on-site well and grains from the Heart of Texas, their beers come directly from the land their brewery sits on. Solar panels, sustainable farming by their staff farmer “Peppy,” and yes even a small goat farm, ensure their farmhouse ales will be around for the years to come. That’s good news for craft beer enthusiasts everywhere.

By craft beer industry standards, this Allagash Brewing Co. has been around forever. Started in 1995 by Rob Tod, Allagash’s long tenure has paid off with a long list of awards and accolades, including a James Beard Award in 2019. Even though Tod’s long since graduated from the 15 barrel brewing system he welded together back in the 90’s, the spirit of a small, dedicated brewery still burns bright. For seven straight year’s Allagash was nominated One of The Best Places to Work in Maine, and their sustainability efforts clean the ocean, help farmers grow organically, and support the planet. With spontaneous fermented ales and beers brewed with Maine’s sea salt, this old dog is full of new tricks.

In the city with the most beer per capita, it’s no surprise that you can find a truly great pint, but Asheville wasn’t always Beer City USA. The craft beer revolution was kicked off in 1994 with the founding of Highland Brewing Co. by Oscar Wong. Almost completely composed of repurposed dairy equipment at the time, the first brewery was built on a foundation of sustainability and doing good for the community. As they expanded into the Southeast’s largest family-owned brewery, they installed the craft beer industry’s sixth largest solar array on their roof. On a sunny day, the installation provides more than enough power to keep brewing up their celebrated beer, and that’s just the tip of the iceberg for their sustainability initiatives. For the 10th year in a row, Highland’s Clawhammer Oktoberfest is raising money for the Southern Appalachian Highlands Conservancy.

One of the ten best breweries in America is actually owned by the people doing the brewing. New Belgium is owned entirely by the passionate, hardworking individuals behind every label, poptop, and pour. You’ve probably tasted their iconic beers like Fat Tire and Voodoo Ranger, but you might not know that New Belgium is the second most sustainable brewery in the country, with 99% of their waste reused or recycled. Over 30 years in the craft beer industry might make them a dinosaur, but they’re constantly looking ahead. Since day one, in a basement of Fort Collins, New Belgium believed business can be a force for good. That makes sense since the only thing as good as protecting the Rockies is brewing great beer. 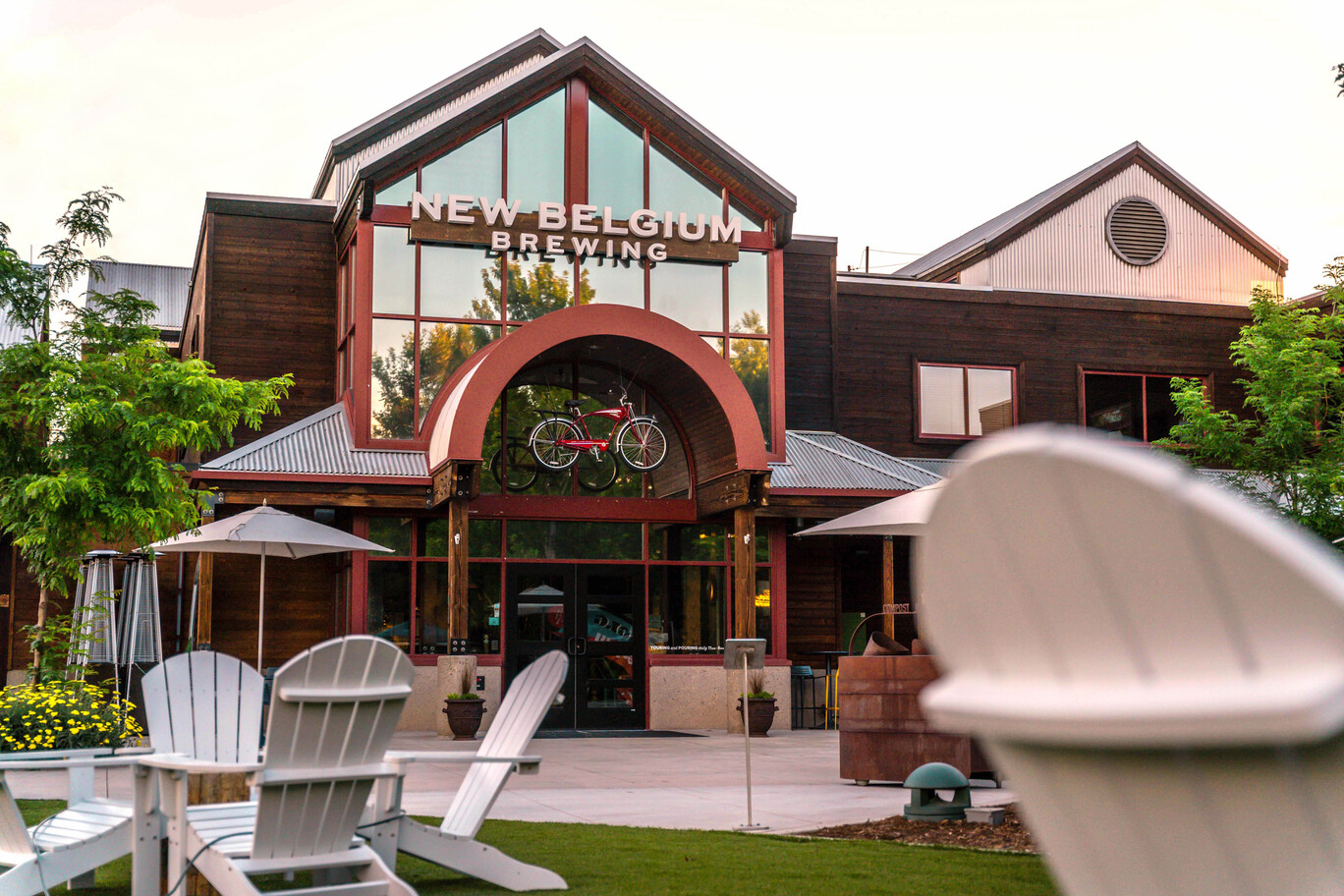 A bit of a rolling stone, Clayton grew up in every corner of the US from the East Coast to the Pacific Northwest, before earning his undergraduate degree from Birmingham-Southern College. He recently returned from The University of Limerick in Ireland where he was finishing up a postgraduate degree in creative writing. When he’s not writing for Consensus, he’s drafting poetry, novels, and love letters to his fiance. In the quiet moments of life, he dreams up short stories and edits his second novel.

California Brewery Is Leading The Industry In Sustainability